Home › Blog › Are Termites In The Bay Area Harmful?

Are Termites In The Bay Area Harmful?

Termites, the woodworkers of the animal kingdom, have garnered quite a reputation for devastation, but could they pose any similar risk to humans they interact with? Bay Pest Solution knows exactly the dangers they present. 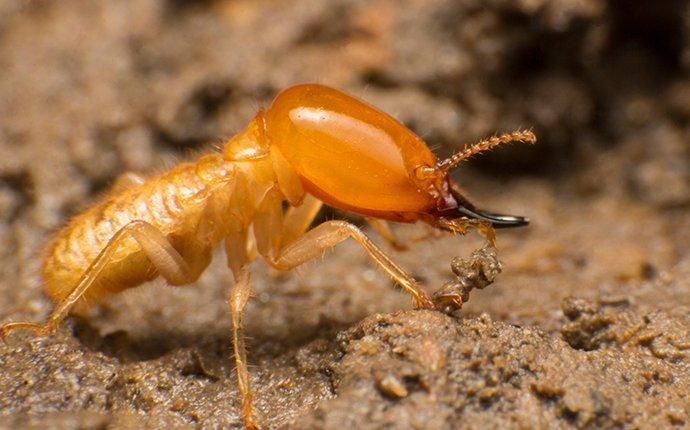 But first, where exactly can termites be found? The bugs can be found all over the world, as long as the area is not too cold. In fact, termites most often flourish in parts of the world that are dry and hot, from the western United States of America to the northern deserts of Africa. The insects live in huge colonies, sometimes in large mounds above ground, but around the Bay Area, termites like to hide away in underground nests interconnected to sources of food by a vast network of tunnels. The overwhelming majority of inhabitants in these colonies are female worker termites, raised from egg to larvae and from pupae into adulthood to expand the colony by filling their stomachs with wood particles.

Can Termites Be Hazardous To Human Health?

When most people think about pests being harmful to humans, they think about the pesky little creatures' ability to carry harmful viral infections. Termites have not been long observed to transmit diseases to humans, but this doesn’t mean they pose no danger to you or those close to you. While some people have cat allergies, dog allergies, or fish allergies, others might just find their bodies reacting adversely to tiny, woodworking insects in the home. If a termite were to bite a human with termite allergies, the bite is more than likely to swell, itch, and create a burning sensation. Interacting with frass — the powdery, wood shaving remains of a termite — can trigger similar adverse effects, most commonly dermatitis, even in those who don’t suffer from termite allergies, but have more sensitive skin. Either way, humans are susceptible to saliva, wood dust, or other particles termites that can unintentionally spread through the air as they eat.

What Are Some Signs Of Infestation And How Do I Prevent Them?

No matter how susceptible you or your loved ones are to termite or even wood allergies, no one wants to passively watch as a structure decays around them, termites chewing through the building like a virus. Luckily, it’s never too early to set your Bay Area property up with termite prevention methods. If you want to get started right away, here are a few simple measures you can implement yourself:

If you do spot signs of termites, the best thing to do is contact the professionals at Bay Pest Solution right away. At Bay Pest Solutions, pests like the wood-hungry termite are serious concerns and will be treated as such. Our Bay Area termite control specialists apply our tried and true methods to the colony directly for a more complete form of termite treatment.

We called Bay Pest as we were having Rodent problem in the attic and in the crawl space.The two people Allen and Leo came this morning and worked efficiently and professionally and took care of the issues. They promised to come back after two weeks to complete the job.We are happy as they came in time, explained us as to what they will do and without any issues worked and left in few hours.
We recommend them to any one who has rodent problem.