Halloween may be over, but that doesn’t mean spiders are gone. The fall season is a common time for spiders to pop up around the house, and if you find yourself chasing down webs or arachnids, you might have a serious problem on your hands. Most spiders aren’t dangerous, but they are creepy, obnoxious, and frequent visitors of San Jose households. Let’s talk about the types of spiders common to this area and what San Jose residents can do to prevent pest problems. 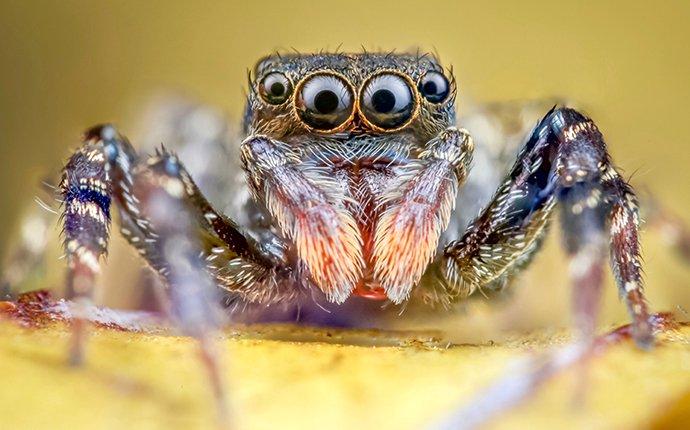 San Jose hosts many different kinds of spiders. Here are a few of the more common ones:

Why Do I Have A Spider Problem?

Most often, spider infestations are symptoms of a larger pest issue. Most spiders aren’t attracted to anything your San Jose home has to offer, but if your house has ants, flies, ticks, or any other insect infestation, these hungry blood-feeding creatures will move in.

It’s possible that the spiders in your house have lived there since before you moved in. Spiders prefer to build their nests in spaces that are undisturbed and uninhabited, as these are places where their webs won’t be torn down and pests might enter accidentally. Since spiders can survive in the recesses of your walls, they might just be coming out after months of feeding and reproducing.

Either way, spiders have to feed on something, and that something is other pests. If you keep finding spiders around the house, you have another pest problem, so you need to investigate what’s truly inviting spiders inside.

On top of getting rid of other pests, be sure to seal your house off by caulking windows, sealing doorways, and filling holes in your vents, chimney, and roof. Additionally, getting rid of cobwebs in and around the house helps make your home less inviting to arachnids. Lastly, make sure you don’t leave firewood inside your house, as this can attract both wood-eating pests and the rare black widow spider.

Unfortunately, there’s not much else you can do to prevent spiders, but general pest prevention includes preventing a spider problem. Keeping your food and trash secure, controlling indoor moisture, and sealing up your house are all ways to keep pests and their predators outside.

Since frequent spiders could be a sign of another pest problem, don’t hesitate to reach out to the experts. Spiders can give homeowners the creeps. And the pests spiders invade to feed on come with their own set of problems. Stop the problem before it gets worse; contact the exterminators at Bay Pest Solutions today.

We called Bay Pest as we were having Rodent problem in the attic and in the crawl space.The two people Allen and Leo came this morning and worked efficiently and professionally and took care of the issues. They promised to come back after two weeks to complete the job.We are happy as they came in time, explained us as to what they will do and without any issues worked and left in few hours.
We recommend them to any one who has rodent problem.