Home › Blog › Just How Dangerous Are Hornets In The Bay Area?

Just How Dangerous Are Hornets In The Bay Area?

If you’re spending time outside around your Bay Area home, noticing a bee or wasp can be extremely stressful. Stinging insects can be rather terrifying, and suffering a bee sting is unpleasant, painful, and even dangerous. While some wasp species aren’t too dangerous, others can put your safety at risk. Hornets are the largest of the eusocial wasps and also one of the more aggressive species. 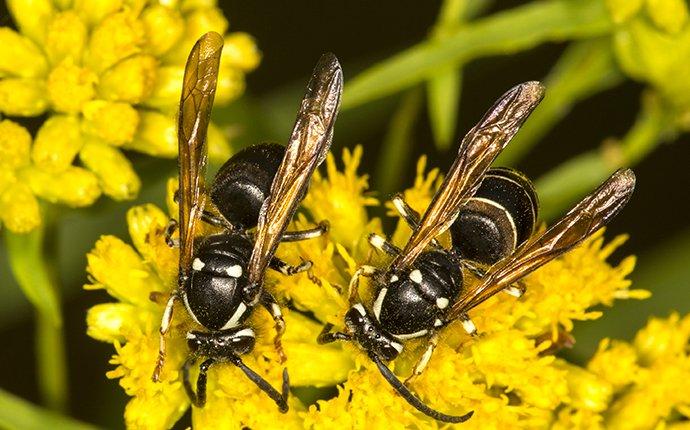 When you see a wasp or bee, it can be hard to tell one kind apart from the other as they have many similarities. However, each subset of wasp is unique, and knowing what hornets look like can help you identify them and take steps to protect yourself.

Why Are Hornets More Dangerous Than Other Wasps?

Getting stung by any wasp can be dangerous, especially for people who are allergic to the venom. However, hornets are more dangerous than other kinds of wasps for a couple of reasons.

First of all, hornet venom is much stronger and more potent than other wasps. This is because of their size, and they can inject up to seven more times the venom that a honey bee. Because of the potency, a sting from a hornet can be fatal in some rare cases.

Secondly, hornets are more of a risk because they can inject their venom over and over. This makes the likelihood of hospitalization much higher. They are often more aggressive than many other species, too. Furthermore, it’s not uncommon for this social species to work together to attack a victim at the same time.

How Can You Prevent Hornets?

While you can’t always guarantee that you’ll never have wasps around your property, you can implement some measures to make your yard less appealing to them. By addressing things around your home that attract hornets, you can decrease the likelihood of hornets building their nests around your Bay Area home.

Here are some of the best ways to deter hornets:

Don’t Put Yourself At Risk, Contact The Experts For Help

Attempting to remove hornets from your yard is a dangerous thing to do. You're at the highest risk of being stung when stumbling upon or trying to remove a hornet's nest. Because of the health and safety concerns, the best way to get rid of hornet infestations is to reach out to the professionals at Bay Pest Solutions. Through our pest control services, we can get rid of hornets and other stinging insects effectively and thoroughly to keep you and your family safe. Contact us today to learn more and to schedule your free inspection.

We had subterranean termites in garage, I scheduled a inspection with AI, who came on time and explained me everything about treatment and termites. Prices were very reasonable and they are flexible with timing too. They did fantastic job with a 3 year warranty. I would highly recommend this company for any pest control issues.